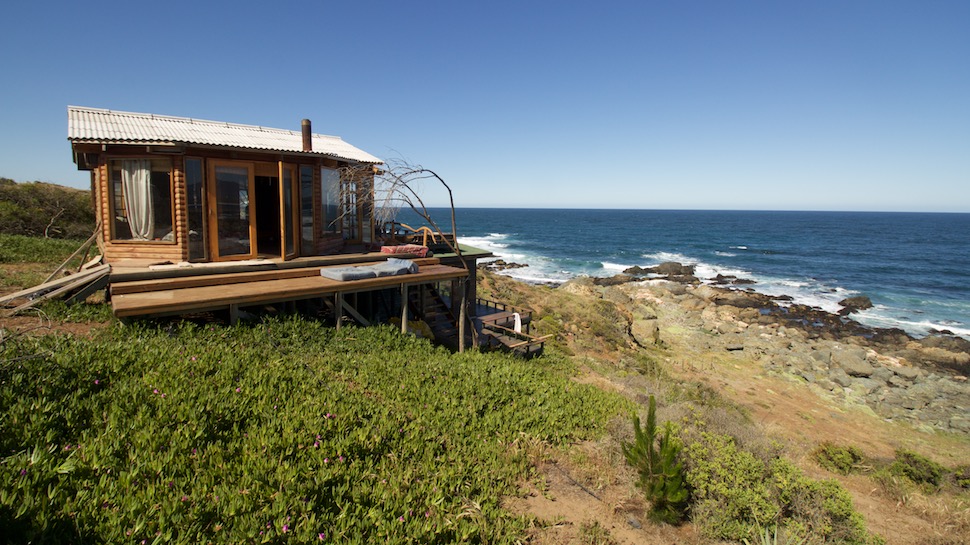 If you find yourself walking on the Chilean coastline in a town called La Ballena a bit too far south, you would come across this cabin overlooking the Pacific Ocean. By that time, there would probably be three (or more) barking dogs running towards you. If you’re one of those people who doesn’t get intimidated by such things, you might get to meet Lorraine. A writer born to English parents in California, lived in Africa, travelled around the world with various animals including camels and finally settled down in Chile after roaming all around South America in a van with two dogs. I met her at a travellers meeting in California back in 2010 in a more coordinated way. There was something quite ‘different’ about her and the way she approached traveling. The way she handled borders for example… She would release her adopted dogs before the crossing and call them on board again once she was done with the regular process. Therefore avoiding all dog related papers! After all, street dogs cross borders every day… 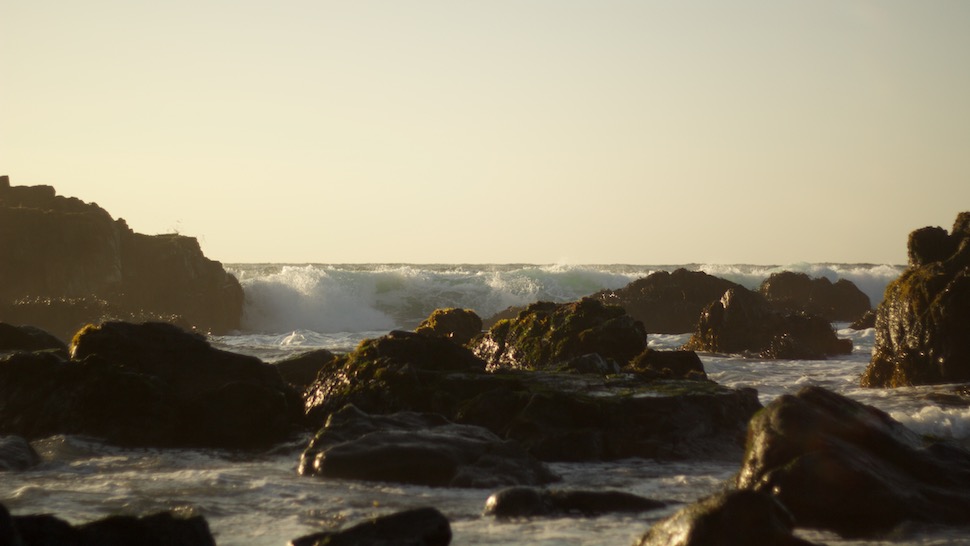 Lorraine now lives almost remotely on this amazing landscape. Her home is exposed to everything nature has to offer. Earthquakes, blazing sun, wind, salt, storms, tsunamis, dogs… You name it. It is one thing to admire a nice ocean view for a few hours on a cliff, but it’s a completely different thing to live on it. She reads the nature here. She’s learned to do that over the years. The dogs were probably a gateway. 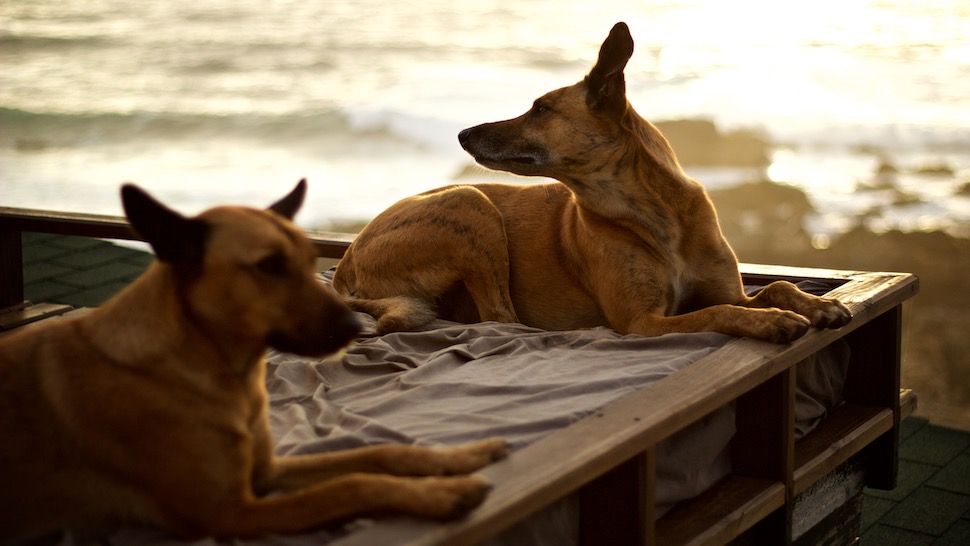 There is a hierarchical order on the deck! You can’t just walk up and expect to be a part of the pack! Unless you are Tara. 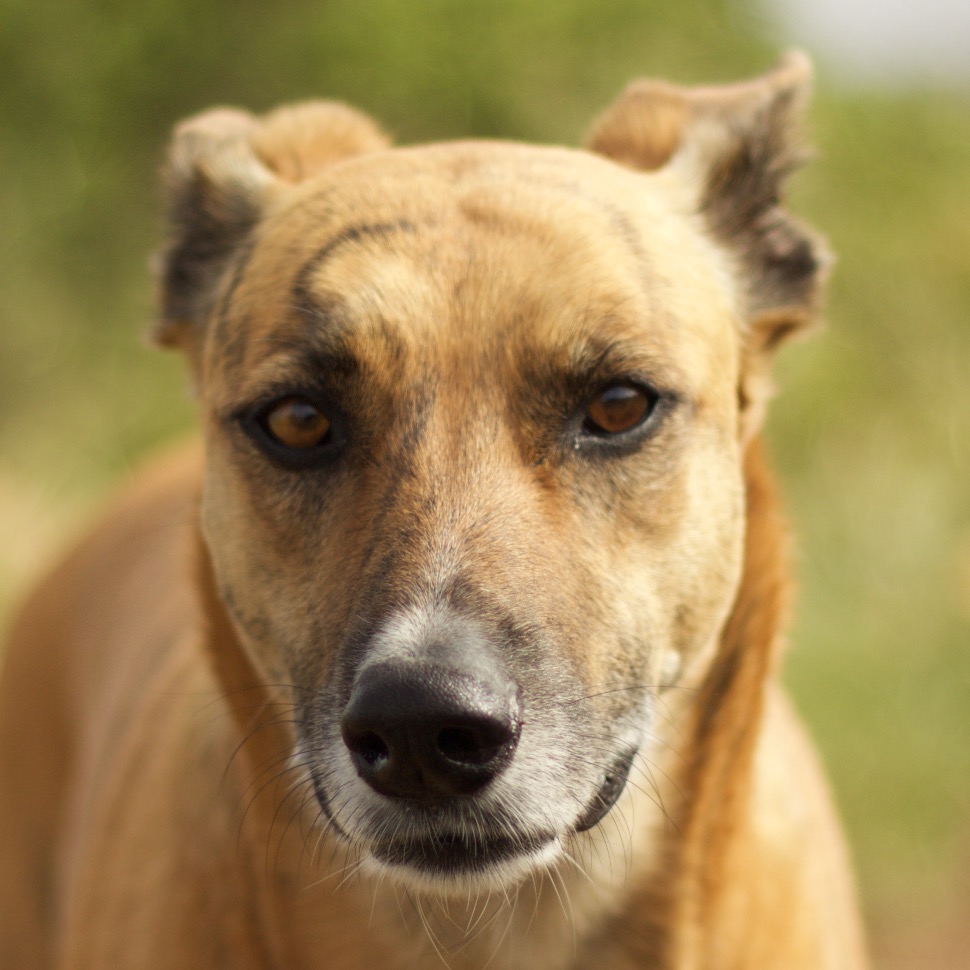 Luna is the oldest one. She’s the alpha female. She doesn’t speak much, but when she does, it is heard. She is much larger and stronger than your average street dog and has pronounced stripes on her fur much like a tiger does. 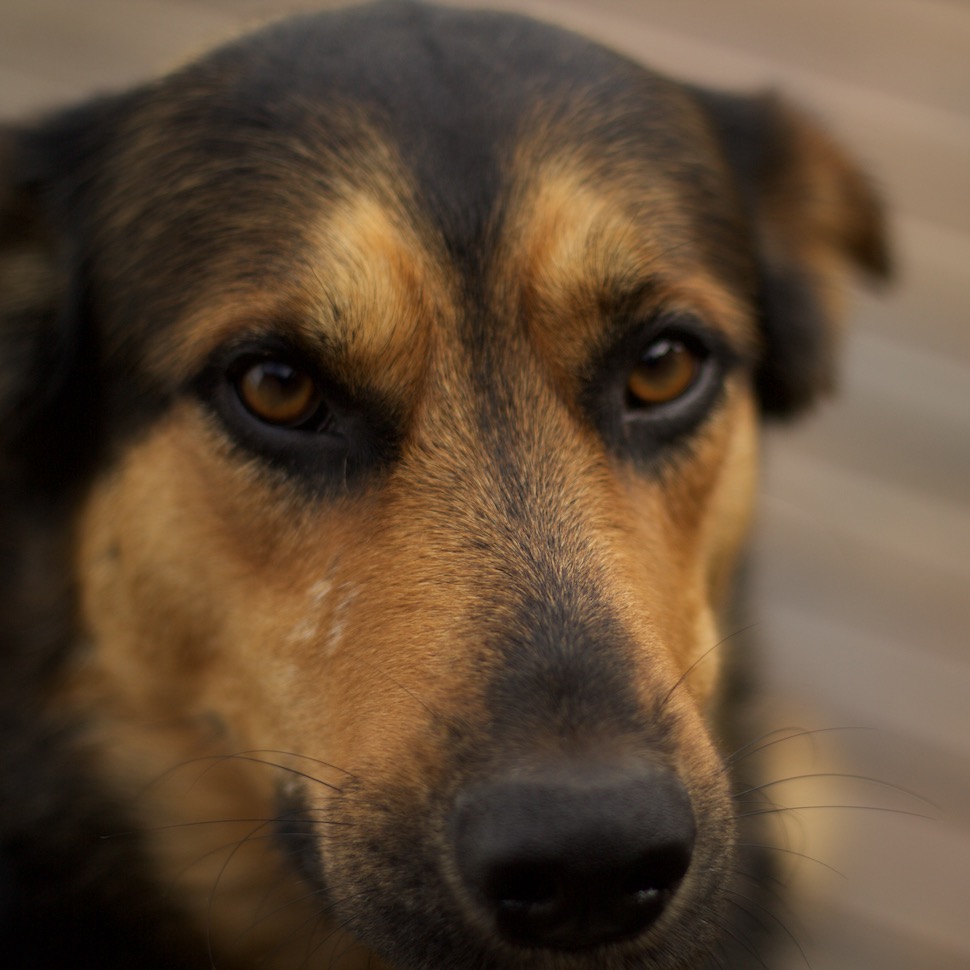 Bruno / Meringue is a foolish boy. He was the last one to join the pack and is the only male in the house. He is not allowed to join the walks into town because of the risk of fights with other male dogs. He is very fond of male humans. 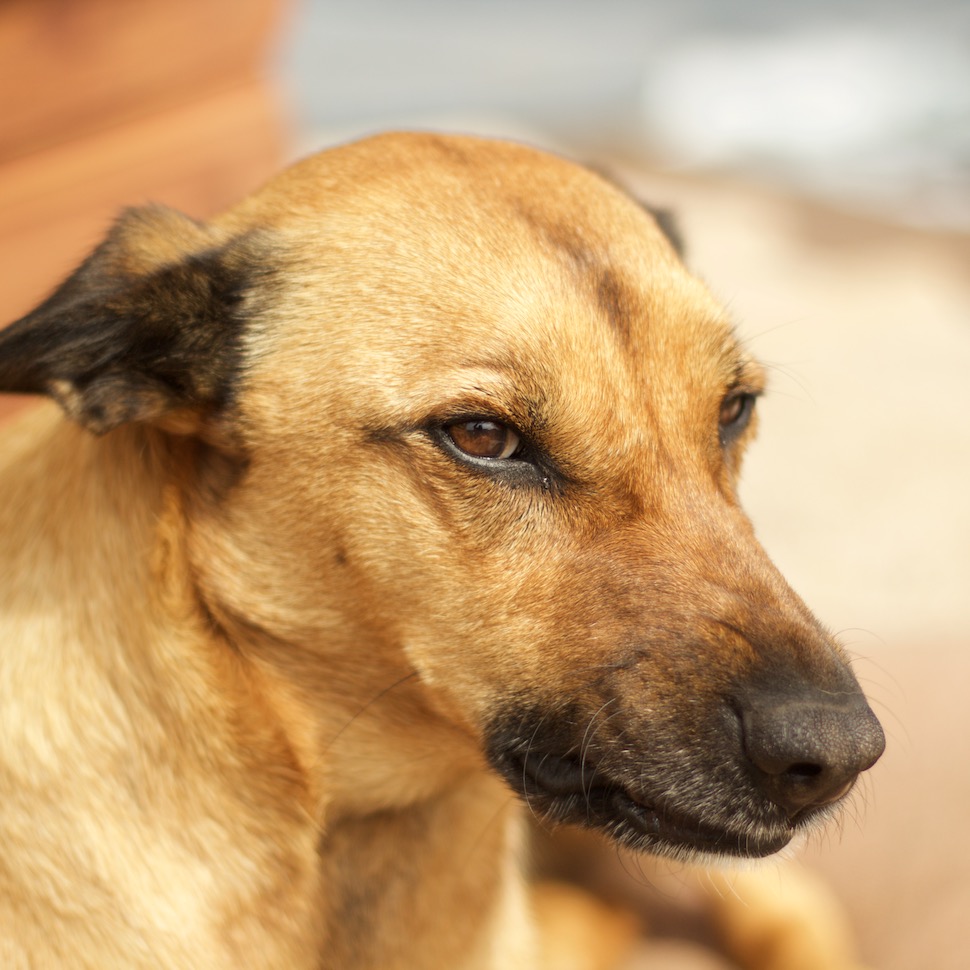 Widget is a submissive female who is no less capable in hunting rabbits or chasing intruders. She just doesn’t want conflicts at home so gives way to Luna or anyone else for that matter. She has a Baboon like ‘smile’ to display her friendliness. 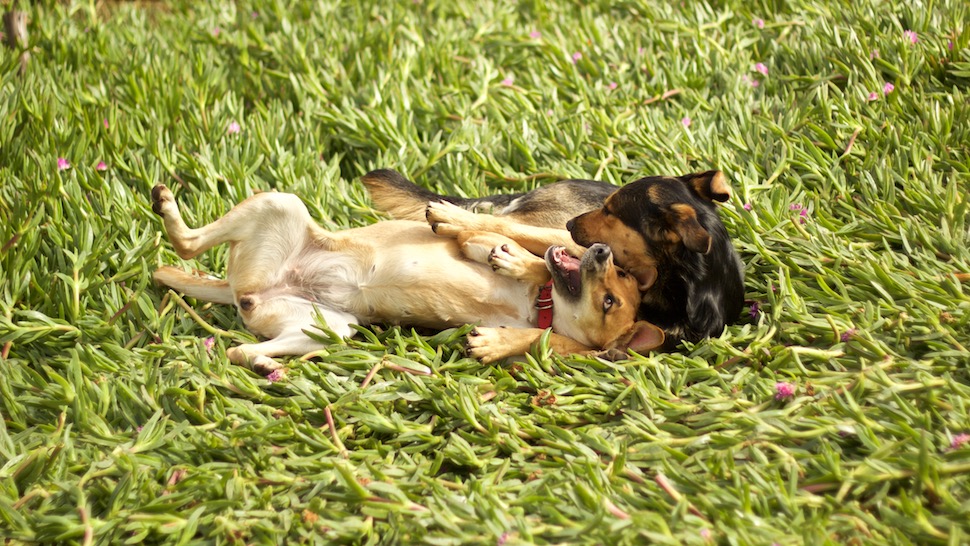 Within one day, Tara became Luna’s disciple, Widget’s sister and Bruno’s girlfriend. We think having travelled almost every day of her life, she’s developed extraordinary social skills. There were no incidents apart from a few warning growls now and then. 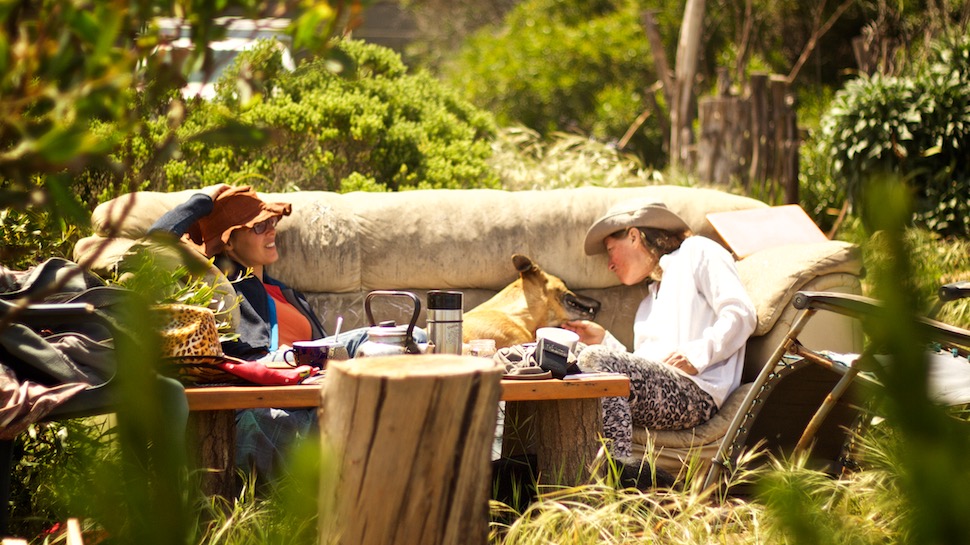 We had our breakfasts on the couch in the garden until the mist cleared and the sun became too strong. 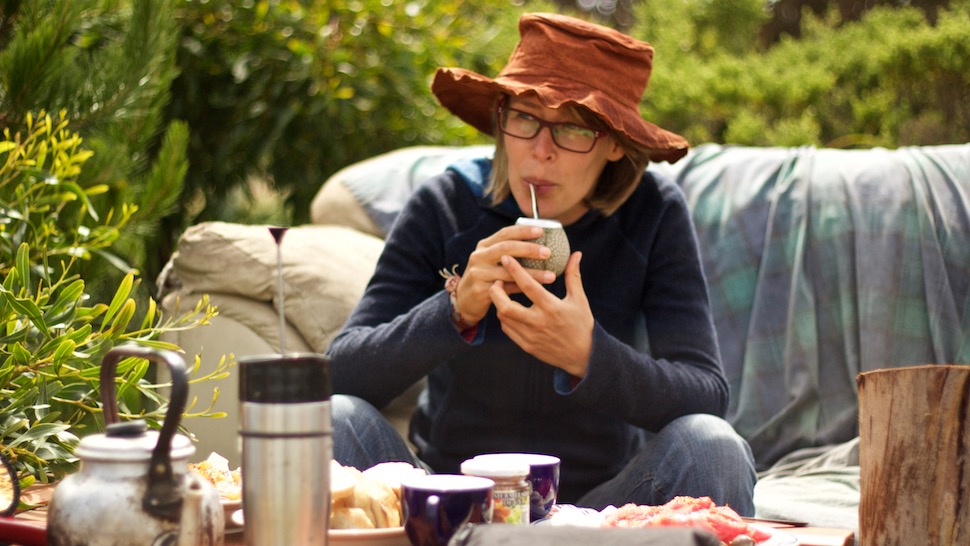 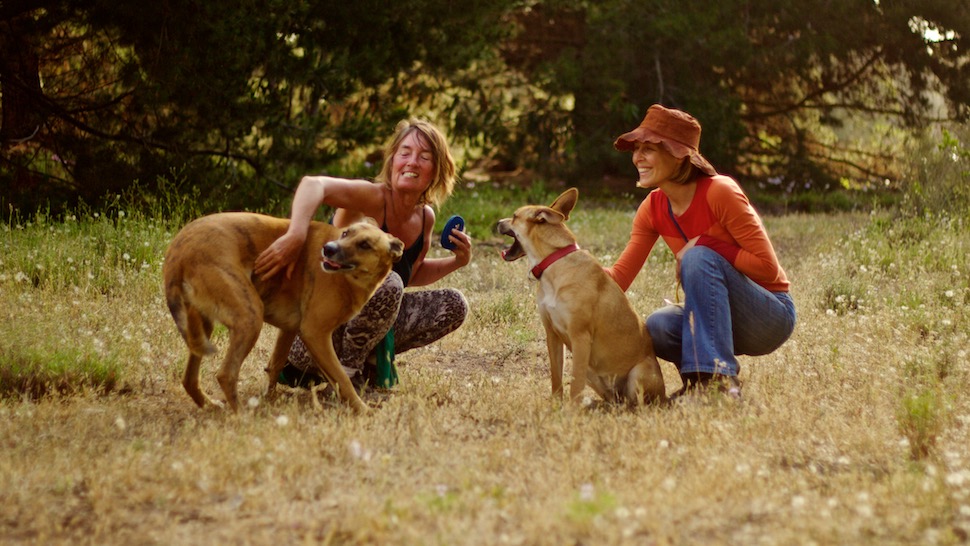 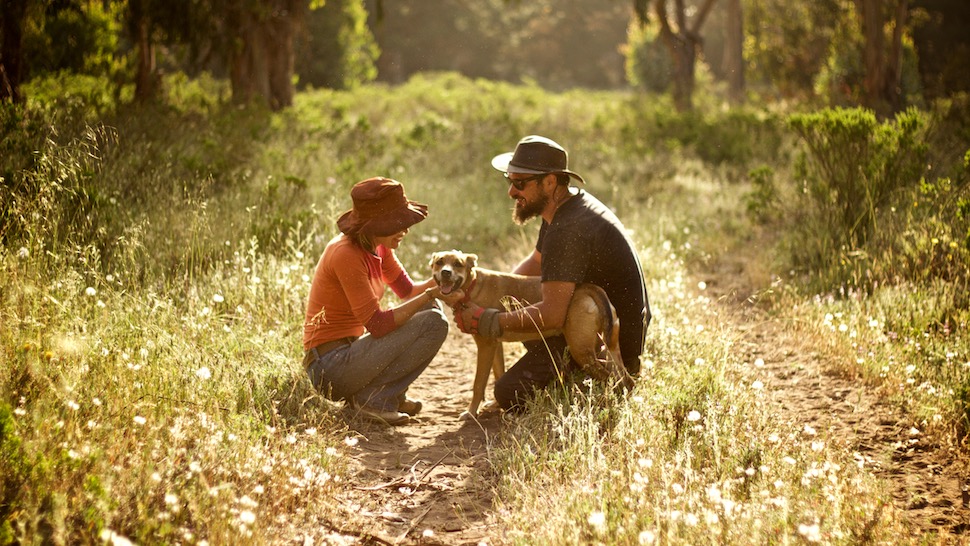 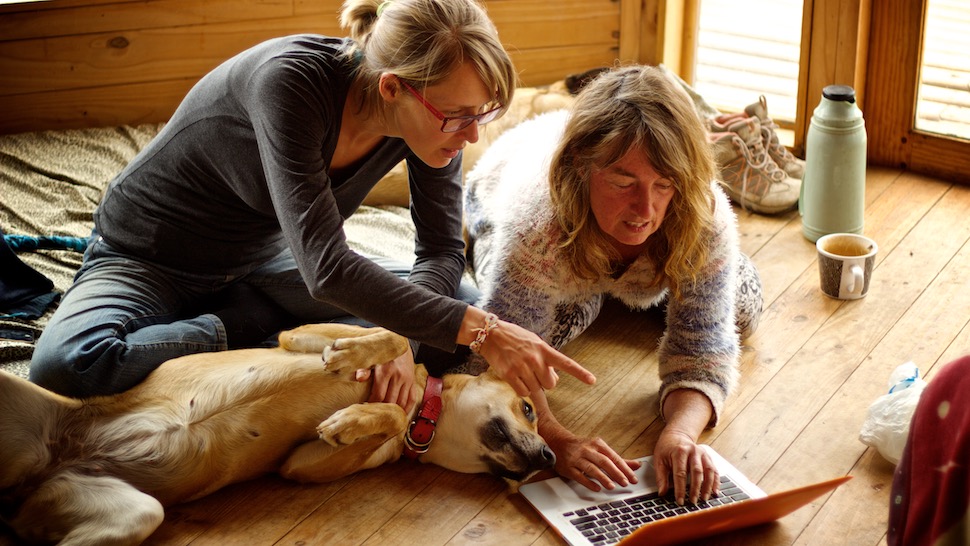 Lorraine usually has a creative project going on. This time it was a documentary film showing motorcyclists and animal lovers joining forces to protect wildlife in Africa. Rallying For A Wildlife. She had a lot of thoughts on her mind she wanted to share and we were excited to chip in at this early stage. If you like motorcycles or animals, you will probably love this documentary and the possibilities it will reveal. We’re looking forward to it. 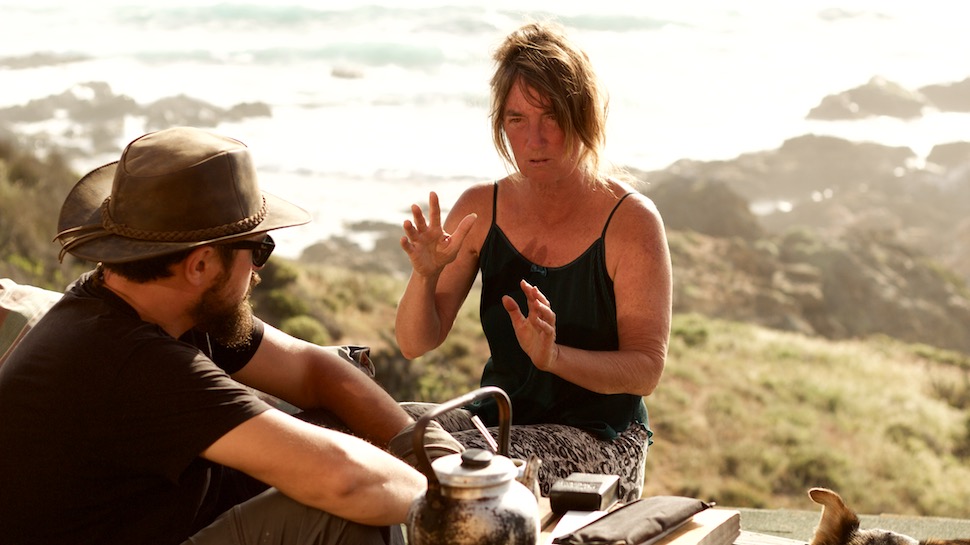 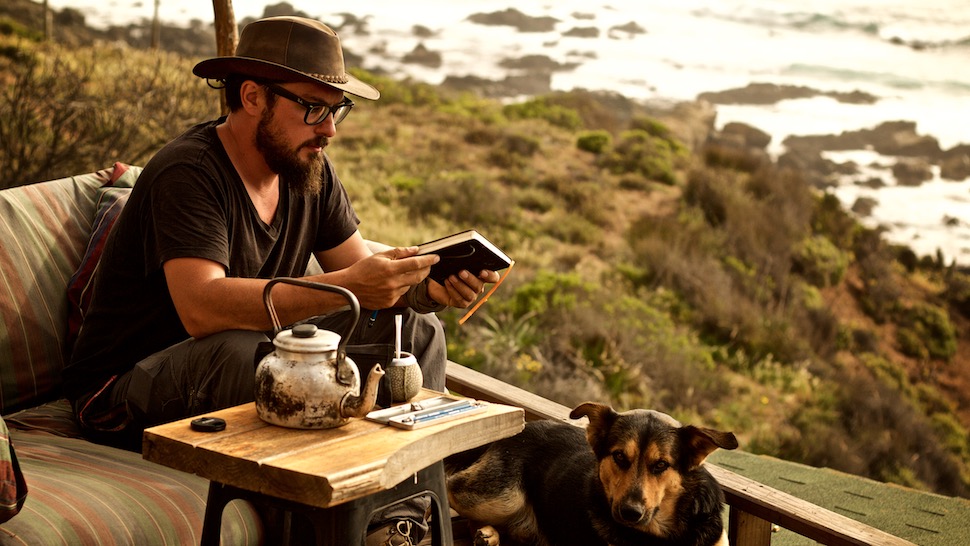 Erdem wanted to design a logo for the documentary projects and started on paper. 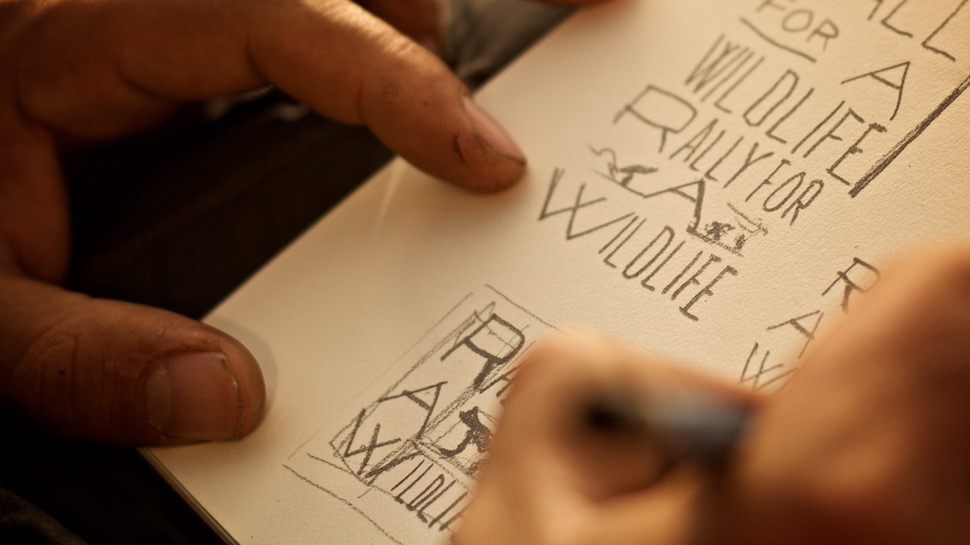 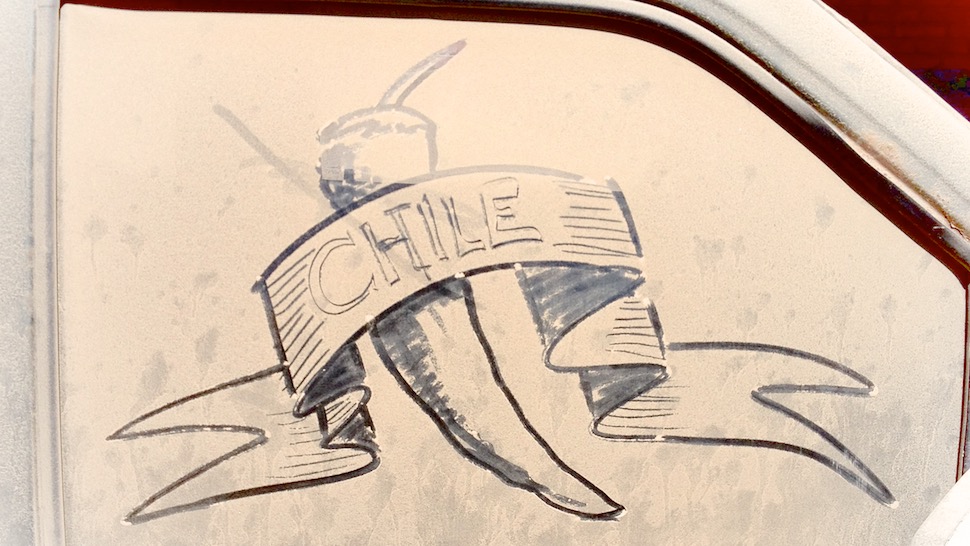 Chili Chile. Just another “Dust Drawing” on a car window. 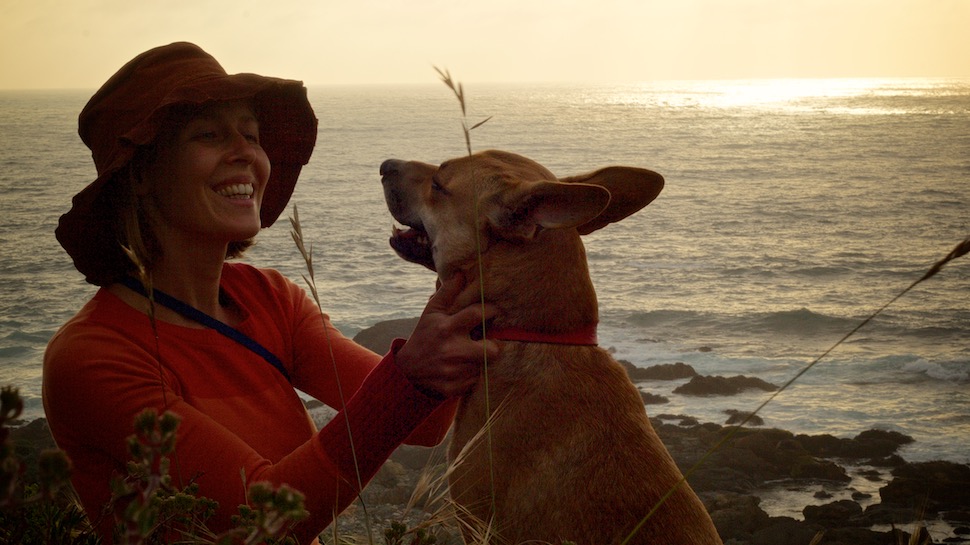 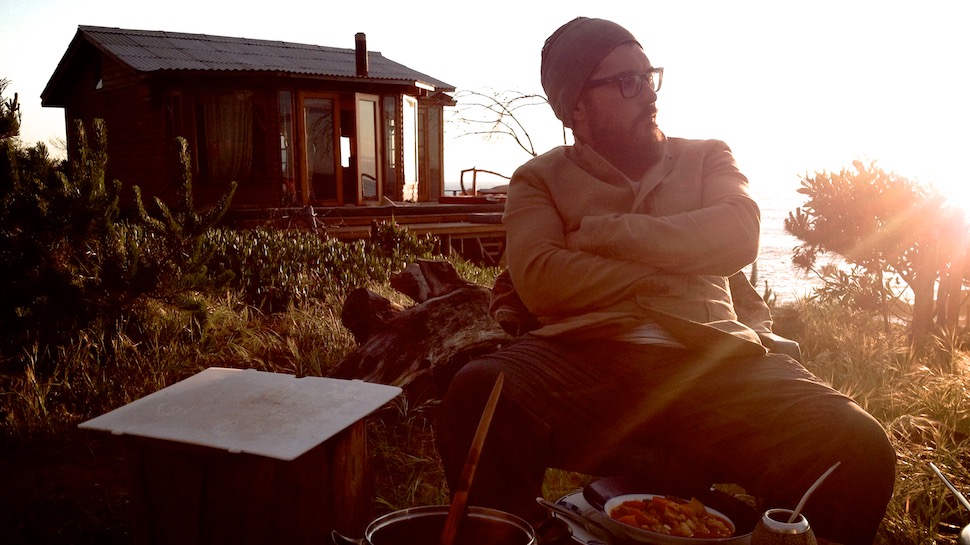 We loved being a part of Lorraine’s pack and sharing her projects in the meantime. It was a privilege to experience a place with such a strong character more than a few days. We’re happy that she’s holding on to this piece of wilderness. Note that Lorraine welcomes and appreciates AirBnB guests and has a dedicated guest room overlooking the Pacific. Just saying…